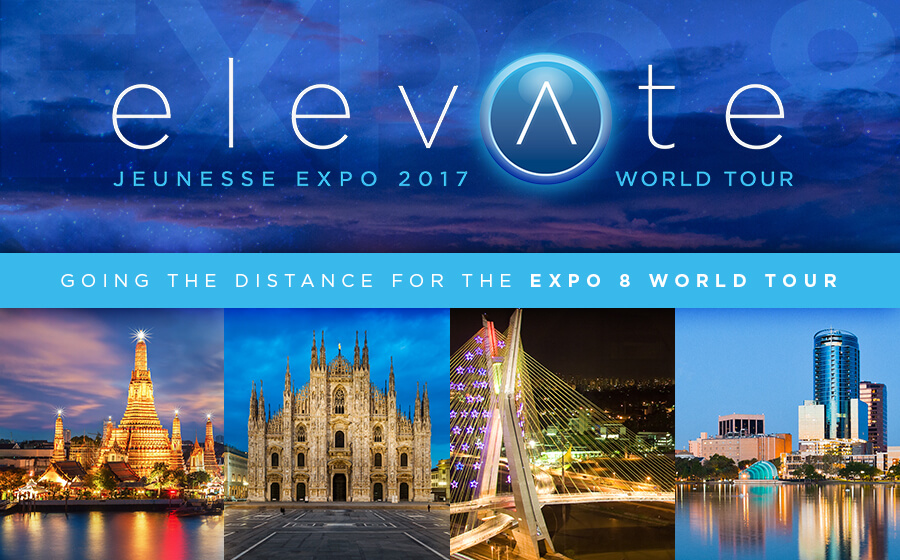 Traveling the world means a lot of time in the air, so guess how long we’ll be up there, from Bangkok to Milan to São Paulo to Orlando? Read on to find out whether you’re right.

While the airlines are gearing up and preparing the planes for our EXPO8 world travelers, we got to thinking … How many miles will we be spending above the clouds, and what could you do on the ground with the $60 USD you save by purchasing EXPO8 tickets before August 1, 2017?

Our tour kicks off September 14-17 in thrilling Bangkok, where we will celebrate our personal and professional accomplishments with roughly 10,000 members of our Jeunesse family. Often called “Venice of the East,” Bangkok boasts lengthy river channels and canals as one of the top reasons to go. Climb aboard a boat to see the city from a different perspective. And don’t forget about the street food, as exotic flavors meet your taste buds and carry you from ordinary to extraordinary. Get your camera ready, and take time to dive into the Thai culture at the city’s must-see temples.

October 13-15, we’re landing in Milan, Italy’s energetic metropolis known for fashion and design. This shopper’s paradise is also steeped in history and is home to Leonardo da Vinci’s “The Last Supper,” housed at the Church of Santa Maria delle Grazie, a UNESCO World Heritage site. Visit the historical La Scala opera house for a guided tour (Tip: Get tickets in advance), or attend Gustav Mahler’s Symphony No. 2 concert October 15-19 at La Scala. Another popular spot in Milan is the Duomo di Milano cathedral, famous for its Gothic architecture.

We’ll give you a hint … so far, we’ve traveled 5,620 miles from Bangkok to Milan, and that’s only the first leg of the trip (not including arrival to Bangkok). Still think your guess for the total number of air miles is right?

We’re expecting more than 20,000 EXPO8 attendees October 27-29 in São Paulo. Home to 20 million residents, this cosmopolitan city is an urban dweller’s dream. Here, you’ll find top-notch nightlife, shopping and restaurants. Drink a shot of espresso and hit the ground running as you explore the third largest city in the world. Popular places include the Mosteiro São Bento, which features neo-Gothic architecture and stained glass, and the high-rise Banespa, where you can catch a free ride up to the observation deck for a panoramic view of São Paulo.

The distance from Milan to São Paulo takes the cake as the longest journey, at 5,890 miles. And now, we’re ready for takeoff to sunny Orlando!

The final stop on our EXPO8 World Tour happens November 2-5 in Orlando, the city that draws 68 million visitors per year for its warm weather, sunny skies and world-class attractions. Your favorite Disney characters are waiting to greet you at the always magical Walt Disney World, but the magic doesn’t stop there. Take a trip over to The Wizarding World of Harry Potter at Universal Orlando and board the Hogwarts Express. Make sure you get a taste of chocolate frogs. (Don’t worry, they’re not really frogs.)

That completes our journey, and with the 4,270 air miles flown from São Paulo to Orlando, the world tour totals 15,780 air miles! Make sure you sign up for airline loyalty rewards programs, and start racking up those miles.

Remember, if you get your EXPO8 tickets before August 1, 2017, you save 30%. Why not spend your savings toward experiencing all that these amazing cities have to offer?

Read also: How to join Jeunesse or Check Promo in your Region 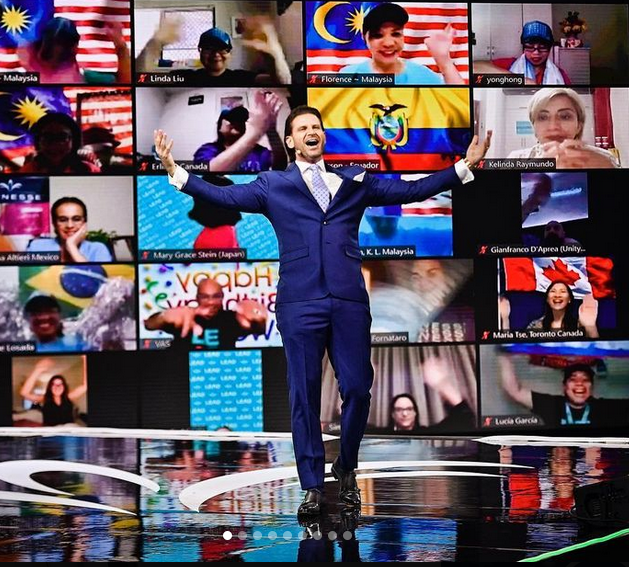