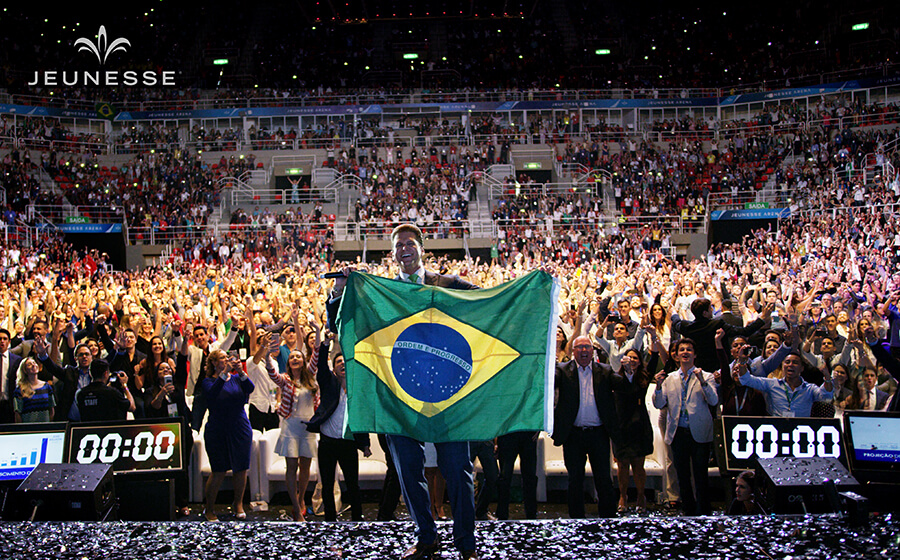 Jeunesse Founders Randy Ray and Wendy Lewis, Chief Visionary Officer Scott Lewis and his wife Isabel Lewis were on hand to kick off the event, which included an exclusive performance by Brasilian pop star Anitta, who famously performed at the opening ceremony of the 2016 Olympics in Rio.

The first-anniversary event the following day was action-packed, as the Jeunesse family celebrated our inaugural year in Brasil, where the market grew by an amazing 966%, making it the company’s fastest-growing market in 2016.

As part of the event, Jeunesse Kids™ outpaced its goal, raising R$103,839 reais (approximately $33,000 USD) to renovate the outpatient waiting area and build a much-needed playroom for Hospital Martagão Gesteira, which serves children from all over the state of Bahia in Brasil. Our generous Jeunesse Distributors in Brasil made it possible for the Jeunesse Kids playroom to provide a safe, comfortable and fun space for the 1,200 children that are seen there each day.

“We are so proud of what Jeunesse Brasil has accomplished in just one short year. And what better way to celebrate than by gathering with 17,000 of our Jeunesse family to cut the ribbon on this world-class Jeunesse-branded facility in beautiful Rio de Janeiro? Jeunesse Arena is just one of the ways Jeunesse is making its mark and becoming a household name in Brasil.”
– Scott Lewis, Jeunesse Chief Visionary Officer